Sukaishi means:
“one who works for the happiness of others” 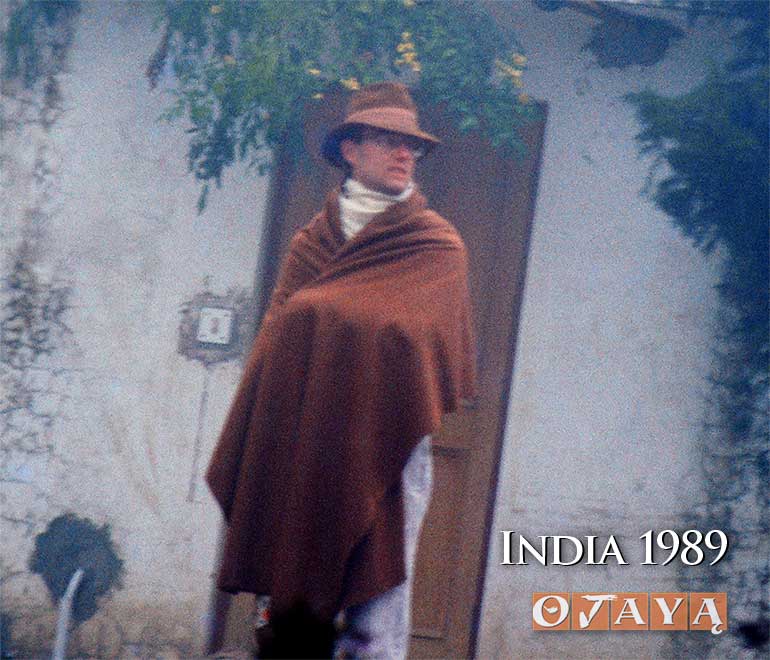 A real-life “Indiana Jones,” Sukaishi David traversed the globe for decades to discover rare secrets of deep meditation that cannot be had by the casual adventurer.

Even at age 8, Sukaishi would try to silence his thoughts in order to achieve mastery over them. At the time, he decided it was “impossible.”

The very word “meditation” was always a source of fascination to him. By 1980, Sukaishi had already learned and practiced a number of techniques for years when he first encountered his teacher, Sri Sri Ravi Shankar, in Delhi, India, from whom he learned many advanced secrets.

Sri Sri advised Sukaishi to “teach meditation to the world” as his life’s work.

Sukaishi travelled the world with Sri Sri in the early days of the Art of Living Foundation, which has now grown to be an enormous international organization with millions of followers — one of the largest independent, humanitarian NGOs in the world, holding a special consultative status with the Economic and Social Council (ECOSOC) of the United Nations.

After years of teaching courses on meditation and breath practices, giving dharma talks, volunteer service, book writing, heading the Art of Living Center of Kauai, Hawaii — and appointment by Sri Sri as President of Art of Living USA in the summer of 2000 — Sukaishi retired from his services to embark on fresh new adventures.

Sukaishi’s goal was to spread the rare, adept secrets of deep meditation — secrets which remain perpetually concealed from the masses as well as the casual tourist or trekker. His exotic life and travels in India and Nepal eventually prompted him to share the closely-guarded teachings of OJAYA with the world at large.

Sri Sri told Sukaishi, “Many people from Art of Living will come over to your organization.”

Sincere people of all ages and backgrounds from diverse countries around the world are now flocking to learn online and enjoy this ancient “Martial Art of Inner Self-Defense” — the classic OJAYA Armor Technique. 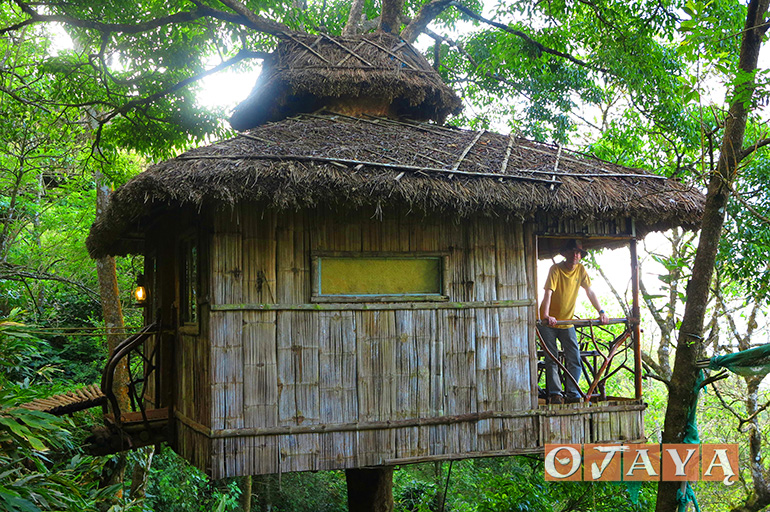 Sukaishi David in the jungles of India

Sukaishi specializes in OJAYA, a rare, powerful technique of deep, blissful meditation that is naturally easy for everyone.

With gentle directness, Sukaishi corrects a multitude of common mistakes that prevent people from diving deep in their meditations.

He boldly compares what other schools are teaching in order to explain to you exactly how people go astray in their daily meditation practices.

You may be startled to discover how popular modern-day techniques are actually watered-down versions of powerful methods that were diluted — and even lost — over the centuries.

While millions around the world struggle each day to settle down their minds, Sukaishi shows you how easy, soothing, and refreshing deep meditation truly is.

Sukaishi’s unique and extensive knowledge is a priceless treasure and gift to both the newest beginner as well as to those who have practiced other meditation methods.

You’ll discover a profound difference in the OJAYA teachings— and you’ll learn how this classic “Armor” technique works to finally overcome anxiety and depression, awaken your heart, and attain deep, blissful states of inner awareness. 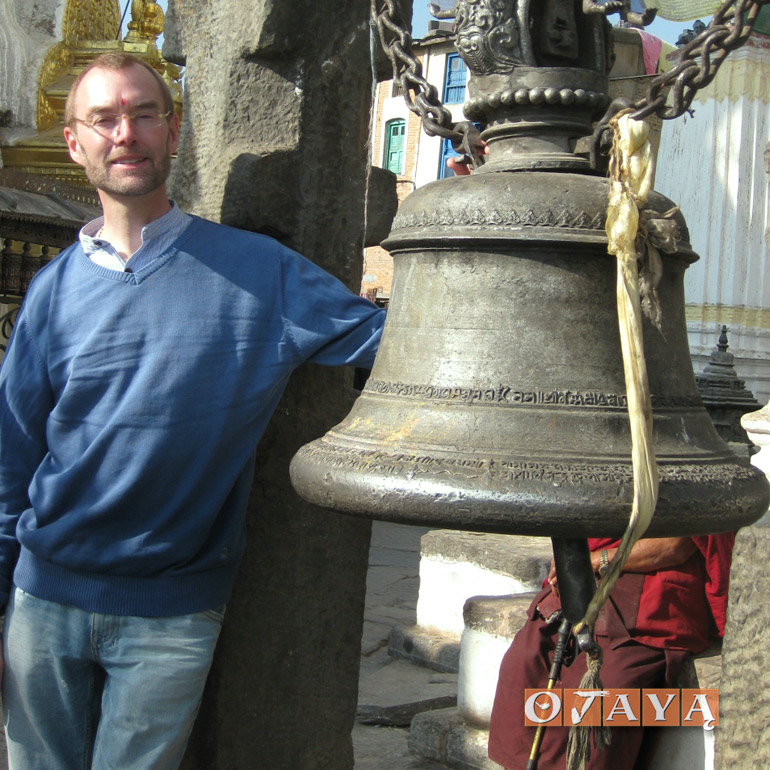 Nepal: The Bell of
Awakening 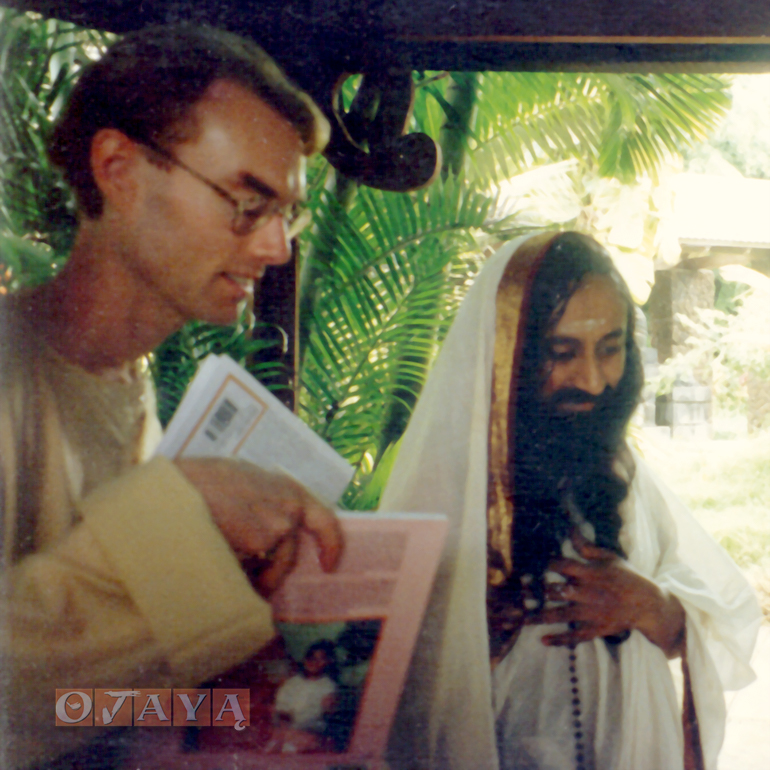 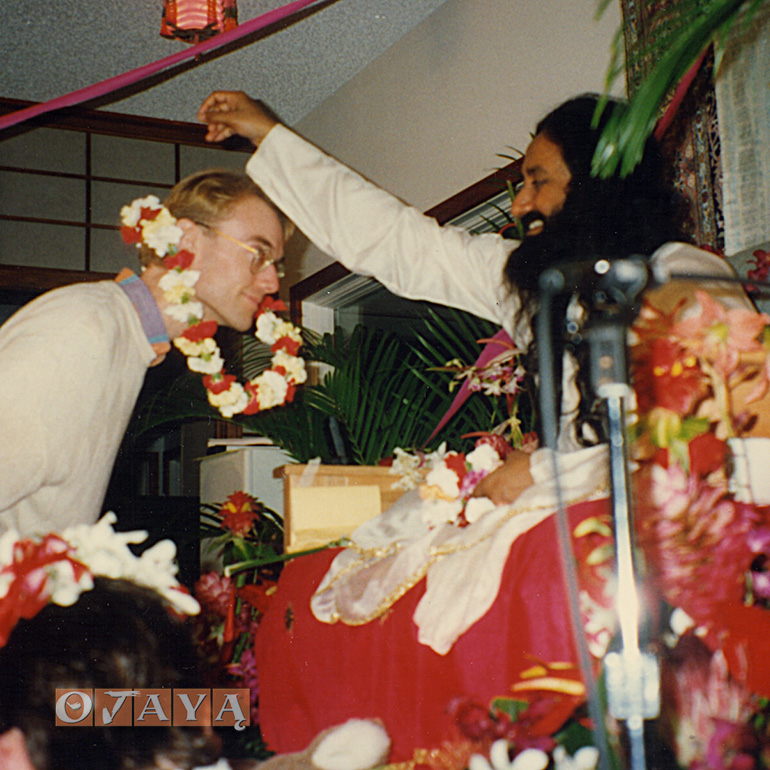 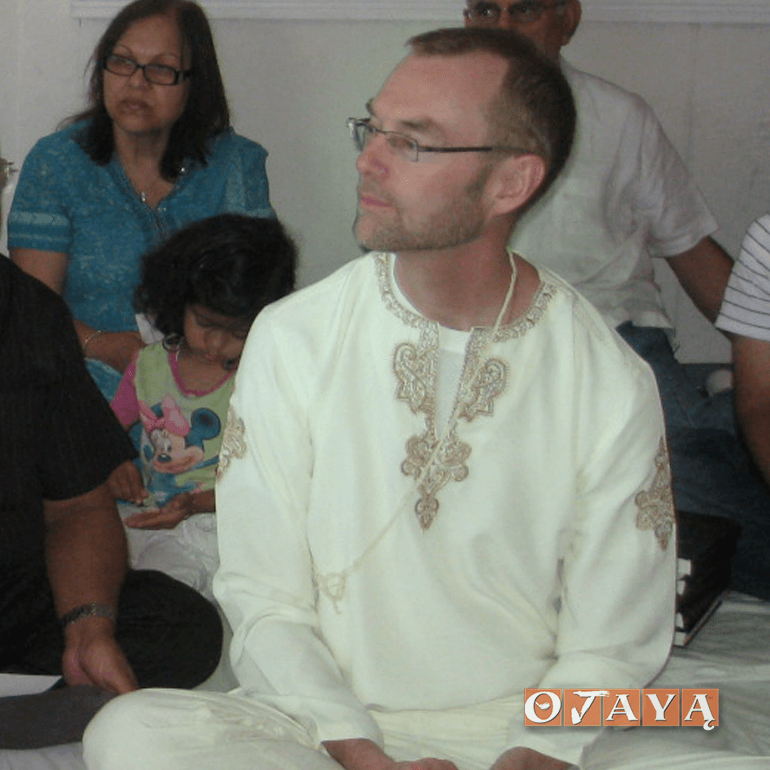 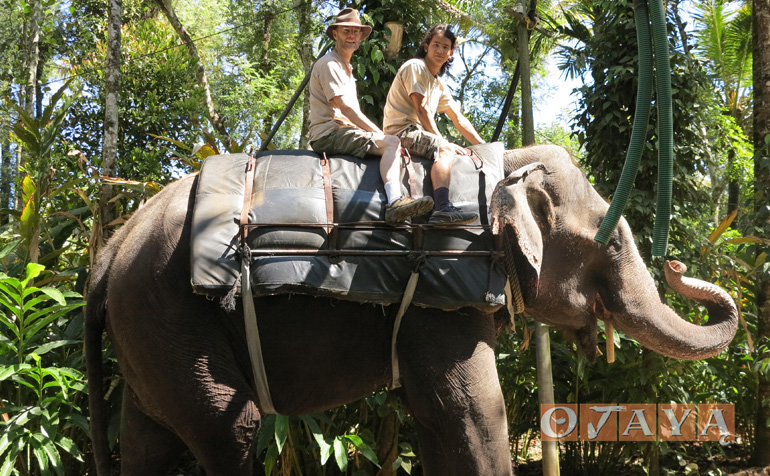 One way to
travel in India 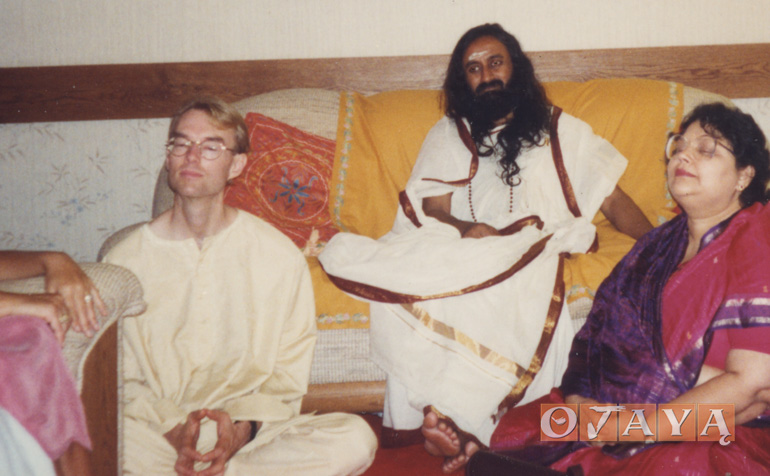 Sukaishi at the feet
of his teacher 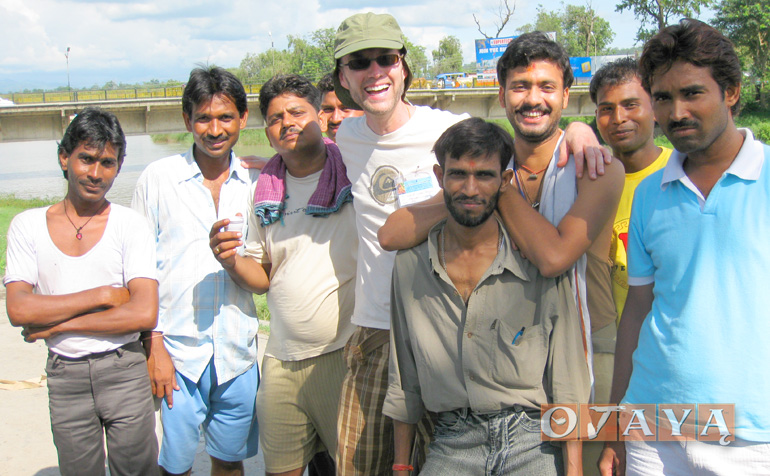 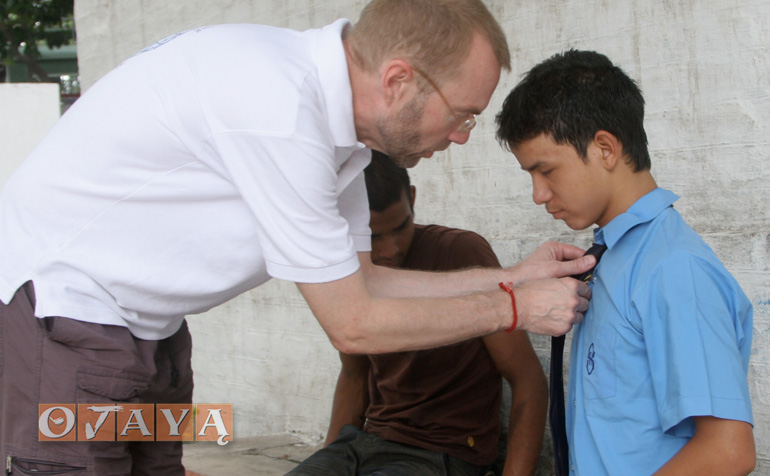 When a kid
can’t tie his tie 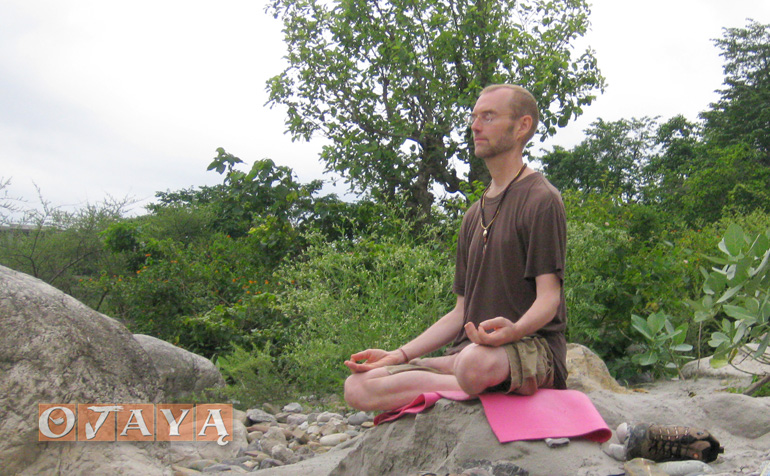 Meditation on the
banks of the Ganges 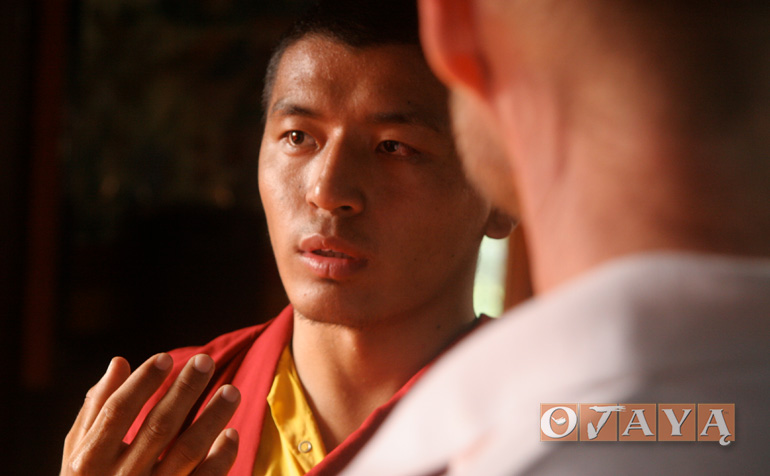 A chat with
the monks 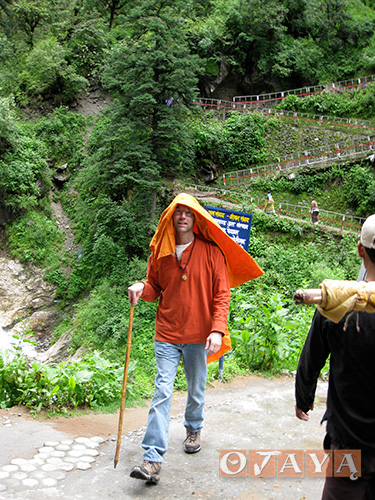 Trekking in the
Himalayas 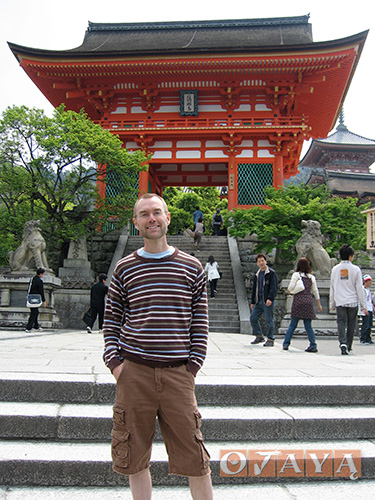 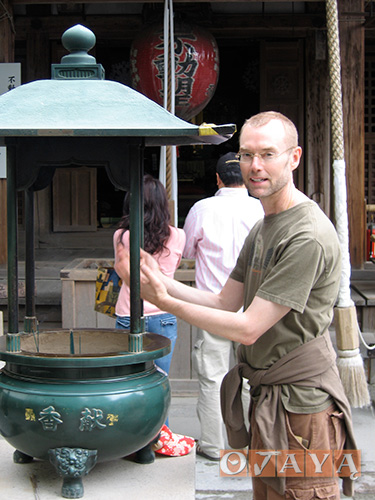 The Fragrance of
Kyoto Temples 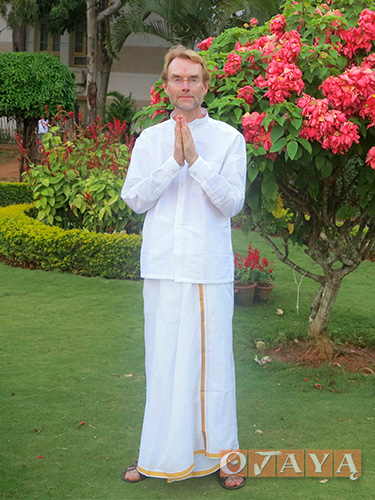 Do I need a Guru?

Question:
Sukaishi, to learn OJAYA, do I have to follow a Guru or adopt some belief system?

OJAYA is not about beliefs, adopting a religious faith, or following a guru. Easy, effortless practice of OJAYA works automatically. Due to the soothing resonance of the OJAYA technique, you are gently drawn deep into meditation, which gives you profound restfulness. Stresses and tensions dissolve naturally.
OJAYA is about following yourself and shaping your own destiny.

“OJAYA” means energy and strength. We give you the most powerful technique of deep meditation — and the knowledge that goes with it. It is up to you to use these tools wisely to enrich your life.

All the teachings of OJAYA are to make you strong and self-sufficient. 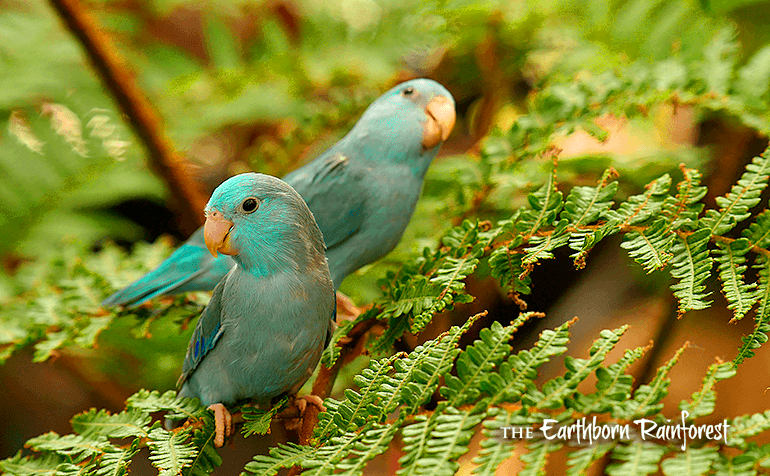 The Ojaya Deep Meditation Course is headquartered on location here in the Earthborn Rainforest, your new online jungle classroom.

Come now into the Earthborn Rainforest, your new online OJAYA classroom … an oasis of wonder … quietly hidden amidst the cornfields of rural Iowa in a “Field of Dreams.”

Wherever you live in the world, just log in to enjoy this living, breathing, tropical jungle — with mango trees, colorful birds, waterfalls, and thriving pond life — as you master the OJAYA Deep Meditation Armor technique for your own personal empowerment and upliftment.

As you listen and learn, you’ll feel the peace that emanates from this tranquil organic ecosystem.

On a completely different note:
Sukaishi David now volunteers his time to teach OJAYA to students around the world, but since decades past he is long known among musicians for his best-selling music courses. 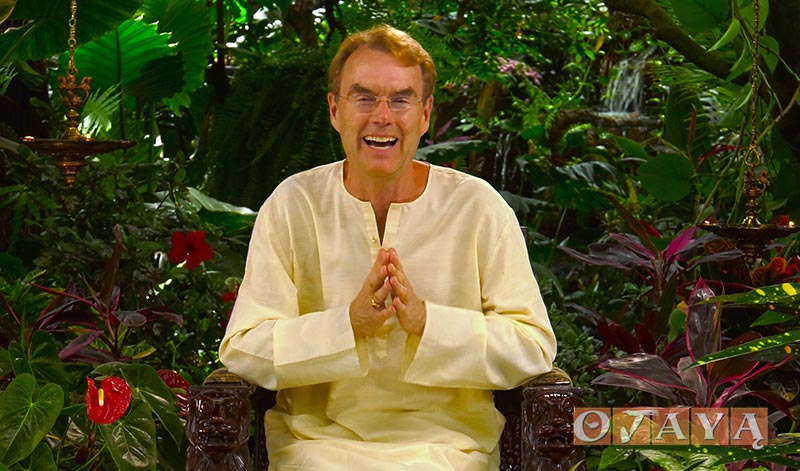 With love in my heart, I invite you to experience for yourself the effortless serenity of OJAYA — pure, blissful, deep meditation. 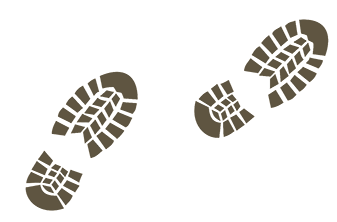 Do you have a yoga studio, wellness center or group?
Contact us.

Are you ready to
begin the adventure?

We're real live people who volunteer our time to bring peace of mind to a frazzled world.

1 I wanted an "Armor" of CALM inner STRENGTH to shield me from the ravages of stress ... for health, HEALING and YOUTHFUL aging.   Learn more

2 I was attacked by
ANXIETY.   Solve this

3 I was tired and DEPRESSED.
Solve this

5 I felt I was TOO BUSY to meditate. I needed more free time, ENERGY and SUCCESS.   Here's how

6 I got bored trying to WATCH my BREATH.   Solve this

7 I wanted deep PEACE of mind ... far beyond what GUIDED meditations could offer me.   Learn how

8 I was tired of trying to be MINDFUL ... I just wanted an everyday state of calm serenity.   Learn how

9 I wanted to open
my HEART.   Learn how

10 I was finally ready for a
deep INNER AWAKENING.   Learn how

Are you ready for deep,
blissful meditation? 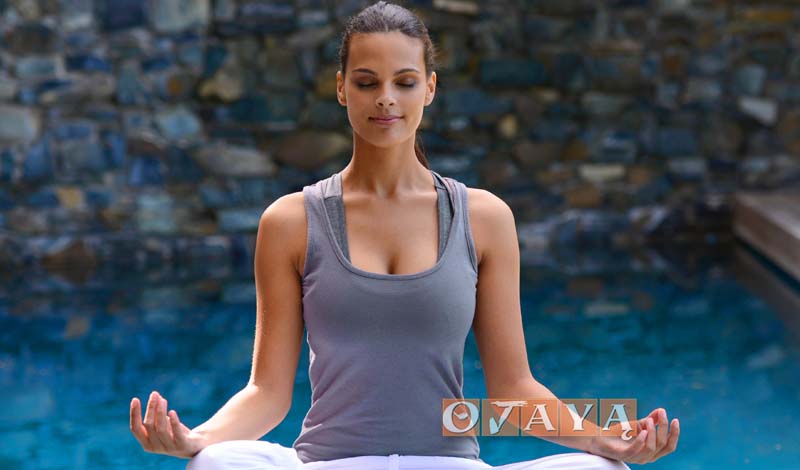 Are you ready to learn the classic,
closely-guarded secrets of OJAYA?

Subscribe to our OJAYA "Knowledge Blasts" to learn more and stay in the loop.

Our mission is . . .
. . . to revive and restore the forgotten secrets of true, classic Deep "Armor" Meditation — teachings which have been long-lost in the high seas of today's mindfulness schools and commercial self-help marketplace.

©MMXXII The not-for-profit school of the OJAYA Dharma Sangha
in the Earthborn Rainforest  Telephone: 641-472-3300